Mary Ann Rocque, neé Scalé, was one of the few prominent female cartographers of the eighteenth century. Born in 1725 in England, Rocque began her mapping career after taking over the publishing company of her deceased husband, the legendary cartographer John Rocque. She is remembered for her significant contributions to the early mapping of North American forts and Canadian towns, as well as for her pioneering map of Albany, New York.

After a brief marriage to the apothecary Edward Bew, Mary Anne married John Rocque in 1751. One of the most celebrated mapmakers in eighteenth-century England, Rocque was particularly known for his work as the official topographer to His Royal Highness the Duke of Gloucester. John Rocque trained Mary Ann and her younger brother, Peter Bernard Scalé (born in 1738), who went on to become a successful cartographer in Ireland. Both Mary Ann and John Rocque were Huguenots. 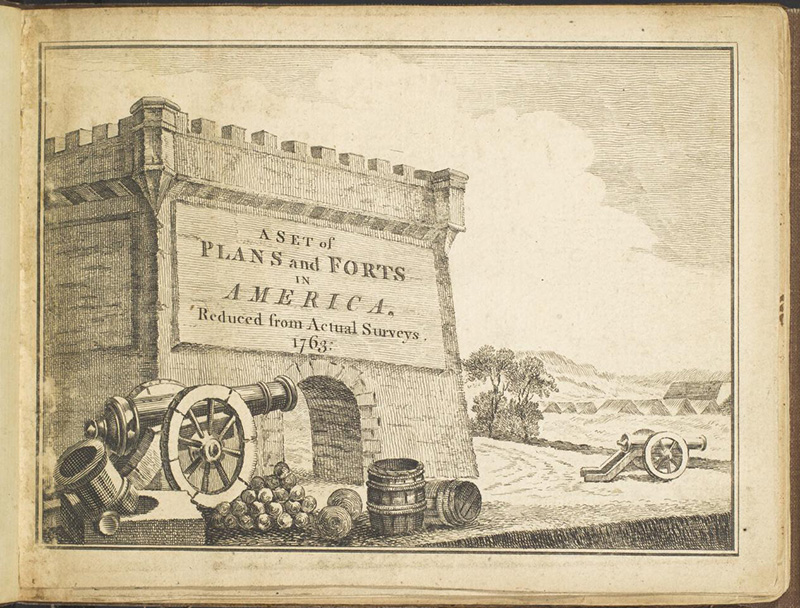 While long surrounded by accomplished mapmakers, Mary Ann Rocque fully embraced the craft upon the death of John Rocque in 1762. Records indicate that she began to run his company on January 27, 1762, per the request of his will. Instead of selling his business and living a life of leisure, Rocque seemed to relish her newly inherited enterprise. She quickly embarked on publishing maps that her late husband had produced before his death, including A General Map of North America as well as her own original works. In 1763, she published a new edition of John’s The Environs of London, Reduced from an Actual Survey in 16 Sheets.[1] The same year, she also published his Traveller’s Assistant, the first British road book to include Scotland and Ireland, which also featured illustrations by famed English engraver Thomas Kitchin.[2] Rocque published this work along with Andrew Dury, a successful cartographer, colleague, and friend of her deceased husband. Together, they also published multiple other works, including John Rocque’s A General Map of North America. In 1765, only two years after taking over the business, Rocque produced her own consequential atlas, A Set of Plans and Forts in America, Reduced from Actual Surveys detailing thirty forts and other significant locations from the Seven Years’ War as well as the Plan of Fort Frederick, At Albany (1763) which served as one of Albany’s first maps. Rocque published numerous additional pieces, both her own work and that of the deceased John Rocque, until her retirement in 1770. It is unknown how soon after she passed; she left no heirs.

A general map of North America

Mason, A. Stuart. 'Wasn't It Exciting!': A Compilation of the Work of A. Stuart Mason. London: Royal College of Physicians, 2004.

Varley, John. “John Rocque. Engraver, Surveyor, Cartographer and Map‐Seller.” Imago Mundi: The International Journal for the History of Cartography, 5, no. 1 (1948): 83–91.