John Montresor was also a prolific surveyor and mapmaker, drawing as many as two thousand maps during his career in America. During his twenty-three years in America, Montresor participated in significant battles in the Seven Years’ War and the American Revolutionary War. His notable works include maps of the New England backcountry, a city plan of New York, and battleground maps in and around Boston and Philadelphia.

Montresor was born on April 6, 1736, at Gibraltar, the firstborn son of Colonel James Gabriel Montresor, an engineer in the British army. Montresor also became an engineer and served four years in Gibraltar under his father before arriving in America in 1754. Montresor’s duties as an engineer include constructing and improving fortifications as well as conducting sieges. Montresor was wounded in battle during Major General Edward Braddock’s failed campaign against Fort Duquesne (today Pittsburgh) in 1755. He then participated in sieges against French garrisons at Louisbourg in 1758 and Quebec in 1759. In January 1760, Brigadier General James Murray, whom Montresor called “a madman” in his journal, sought to communicate with Major General Jeffery Amherst regarding the state of the British garrison in Quebec.[1] Montresor volunteered for the mission and led a near month-long snowshoe expedition through uncharted New England backcountry, which his party barely survived. Writing to Amherst afterwards, Montresor lamented that his party “were 13 days without bread and 11 without meat, owing to the little knowledge we had of the distance we had to go” and that the party survived by eating their “Indian shoes, bullet pouches and all the spare leather we brought, with berries, buds, bark and boiled mountain tea.”[2] In his journal from the trek, Montresor wrote, “Gave the Commander in Chief a journal and plan of my route to a scale of 8 miles to an inch.”[3] Montresor conducted a scouting mission the following year, during which he charted unexplored areas between Canada and Maine and produced a more detailed area map, A Map of the Sources of the Chaudière, Penobscot, and Kennebec Rivers. Montresor’s journal and map from the 1761 exploration later fell into the possession of Benedict Arnold, who, as a colonel in the Continental Army, used them to plan a 1775 invasion of Canada with George Washington’s full support. 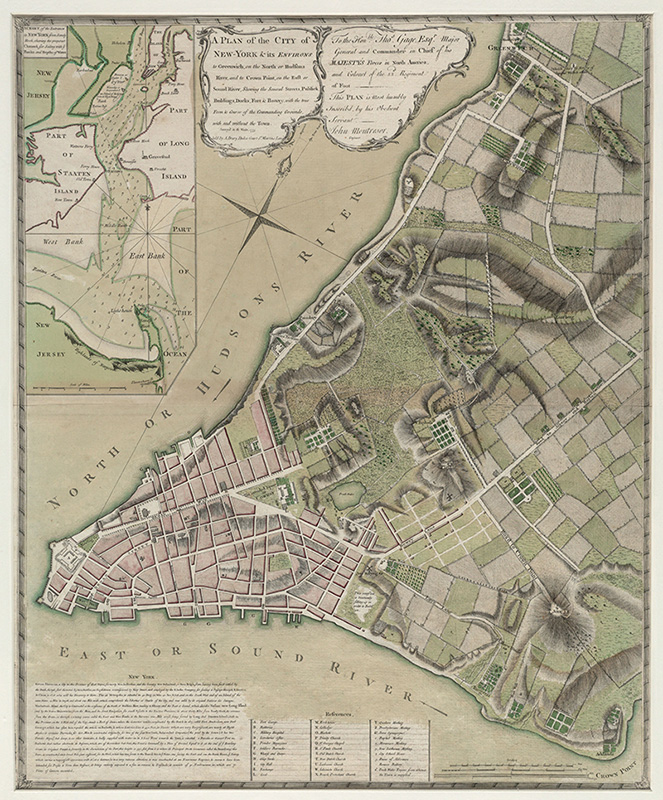 Following the Seven Years’ War, Montresor led a detachment that relieved British forces at the besieged Fort Detroit during Pontiac’s War, a mission Montresor referred to as “My great success in 1763.”[4]  In 1764, he led a force of French Canadians, the first of its kind, throughout the Niagara district and built redoubts to defend against Indian attacks. While in New York in 1765, Montresor witnessed daily civil unrest over the impending Stamp Act. On October 23, he noted in his journal that “Many placards put up threatening the lives, houses and properties of any one who shall either issue or receive a stamp.”[5] On November 1, he added that “the Rabble or rather Rebels assembled again early in the evening & continued the riot till 4 this morning, their numbers about 2000 during which time they broke open the Governor’s coach house” and attempted to scale the fort walls.[6] During this unrest, British Commander-in-Chief Major General Thomas Gage requested Montresor “to sketch him a plan of this place on a large scale with its environs and adjacent country together with its harbour.”[7] Fearing for his safety, Montresor surveyed the city discreetly. On January 7, 1766, he wrote, “continued on my survey Sub Rosa as observations might endanger one’s house and effects if not one’s life.”[8] The map that Montresor produced—A Plan of the City of New-York & its Environs—is recognized as among the most accurate, detailed, and artfully executed plans of any American colonial city.

Montresor recorded in his journal that in 1769, he “divided the line between the provinces of New York and New Jersey by astronomical observations,” which had long been a contentious boundary issue.[9] Then, from 1770 to 1773, he recommended and oversaw improvements to Castle William, an island fort in Boston Harbor, and planned and constructed Fort Mifflin, also known as Mud Fort, in Philadelphia. His sketch, A General & Particular Plan of the Island of Castle William near Boston, shows the Boston garrison in detail. He also contributed to notable surveys of Philadelphia and Fort Mifflin. 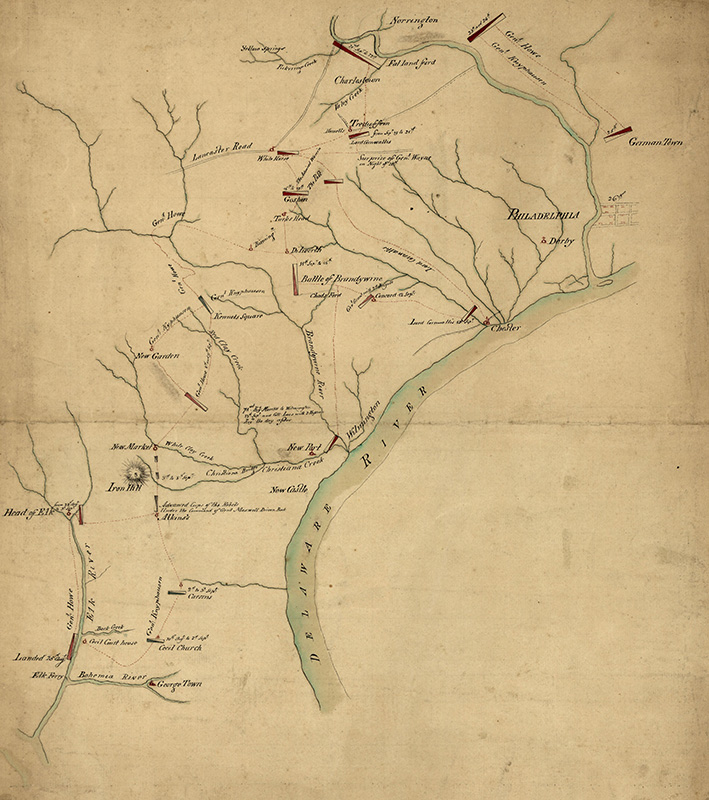 Montresor was at Lexington when the Revolutionary War broke out in April 1775. He produced many maps and sketches of defensive works during the British defense of Boston, including Plan of the Peninsula of Charles Town (1775) and [Plan of the "Neck" and fortifications] (1775). Having designed many British fortifications in Boston himself, Montresor depicted them in A Draught of the Towns of Boston and Charles Town and the Circumjacent Country, which contributed to other notable maps of Boston at the time. He was appointed Chief Engineer of America in December 1775. When the British evacuated Boston in March 1776, Montresor was ordered to blow up Castle William to prevent its use by the enemy, which he “effected without one failing” by using eighty-seven mines.[10] Later, as part of General William Howe’s 1777 Philadelphia campaign, Montresor produced a campaign map—Operations of the British army, from the 25th August to 26th Sept. 1777—reflecting his meticulous journal entries leading to the British occupation of Philadelphia and various battle maps for Brandywine and Germantown.[11] Having planned and built Fort Mifflin, Montresor led the siege against it before it was evacuated on November 15, 1777. Montresor resigned his commission and returned to England in 1778 due to poor health and a poor relationship with General Sir Henry Clinton. He left with a taint of bitterness towards higher authorities regarding lack of recognition for his contributions specifically, and those of engineers generally, during their service in America. Montresor faced legal troubles following an unfavorable audit of his accounts related to the Engineering Department in America. The British government reportedly seized and sold his estate in Kent to recoup monies owed, but it is unclear if that occurred before or after Montresor’s death in Maidstone, Kent in June 1799.

[A coloured chart of the upper part of Lake Erie at Fort Erie and a detailed plan of Fort Erie, together with three cross sectional drawings]

Boston its environs and harbour,

Boston, its environs and harbour, with the rebels works raised against that town in 1775

Copy of a sketch of the Monongahela, with the field of battle

[11] For Montresor’s journal entries corresponding to Operations of the British army, from the 25th August to 26th Sept. 1777, see Montresor Journals, 420-59.